OUTLINES OF GREEK AND ROMAN MEDICINE

I was stimulated to write these Outlines of Greek and Roman Medicine bya recent sojourn in the south-eastern part of Europe. The name of thebook defines, to some extent, its limitations, for my desire has been togive merely a general outline of the most important stages in theadvancement of the healing art in the two Empires to which moderncivilization is most deeply indebted. There are a few great works on thehistory of medicine by continental writers, such, for instance, as thoseby the German writers, Baas, Sprengel, and Puschmann, but, generallyspeaking, the subject has been much neglected.

I cherish the hope that this little work may appeal to doctors, tomedical students, and to those of the public who are interested in anarration of the progress of knowledge, and who realize that theinvestigation of the body in health and disease has been one of the mostimportant features of human endeavour.

The medical profession deserves censure for neglect of its own history,and pity 'tis that so many practitioners know nothing of the story oftheir art. For this reason many reputed discoveries are onlyre-discoveries; as Bacon wrote: "Medicine is a science which hath been,as we have said, more professed than laboured, and yet more labouredthan advanced; the labour having been, in my judgment, rather in circlethan in progression. For I find much iteration, and small progression."Of late years, however, the History of Medicine has been coming into itskingdom. Universities are establishing courses of lectures on thesubject, and the Royal Society of Medicine recently instituted ahistorical section.

The material I have used in this book has been gathered from manysources, and, as far as possible, references have been given, but I havesought for, and taken, information wherever it could best be found. AsMontaigne wrote: "I have here only made a nosegay of culled flowers, andhave brought nothing of my own but the thread that ties them together."

I have to express my indebtedness to my friend, Mr. J. Scott Riddell,Senior Surgeon, Aberdeen Royal Infirmary, forhis great kindness in reading the proof-sheets, preparing the index andseeing this book through the press and so removing one of thedifficulties which an author writing overseas has to encounter; also tomy publishers for their courtesy and attention.

OUTLINES OF
GREEK AND ROMAN
PREFACE.
EARLY ROMAN MEDICINE.
EARLY GREEK MEDICINE.
MACHAON (SON OF ASKLEPIOS),
HIPPOCRATES.
"THE LAW.
"THE OATH.
PLATO, ARISTOTLE, THE SCHOOL OF ALEXANDRIA AND EMPIRICISM.
THE ALEXANDRIAN SCHOOL.
ROMAN MEDICINE AT THE END OF THE REPUBLIC AND THE BEGINNING OF THE
IN THE REIGN OF THE
PHYSICIANS FROM THE TIME OF AUGUSTUS TO THE DEATH OF NERO.
THE FIRST AND SECOND CENTURIES OF THE CHRISTIAN ERA.
GALEN.
I.--WORKS ON ANATOMY AND PHYSIOLOGY.
II.--WORKS ON DIETETICS AND HYGIENE.
III.--ON PATHOLOGY.
IV.--ON DIAGNOSIS.
V.--ON PHARMACY, MATERIA MEDICA, AND THERAPEUTICS.
VI.--SURGERY.
THE LATER ROMAN AND BYZANTINE PERIOD.
INFLUENCE OF CHRISTIANITY ON ALTRUISM AND THE HEALING ART.
ROMAN HOSPITALS.
GYMNASIA AND BATHS.
GYMNASTICS.
GREEK AND BATHS
SANITATION.
THE WATER-SUPPLY.
DRAINAGE.
DISPOSAL OF THE DEAD.
APPENDIX.
FEES IN ANCIENT TIMES.
INDEX. 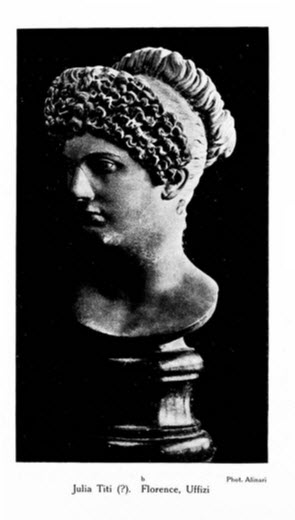