The student of history does not proceed far in his researches before he discovers that human nature is a fixed quality. Other lands, other manners; other times, other customs. But the man behind the manner is essentially the same; the woman under the changed custom is not thereby rendered essentially different, any more than she is by a varying of costume. The women of ancient Rome exemplified the same virtues, and were impelled by the same foibles as are the women of to-day. And the difference in environment, the vanished conditions of Roman life, gain large scientific interest from the fact that they did not result in any dissimilarity of fundamental character. If, by the most violent exercise of the imagination, it were possible to transport a female infant of the twentieth century, and cause her to be reared among the women of the Augustan age, she would fit as naturally into her surroundings as she would into the present society of London or of New York. Her legal status would be different; her moral conceptions would be unlike those of the present age; her duties, pleasures, privileges, and limitations would combine to make the accidents of life very different. But underneath all this, the same humanity, the same femininity, the same habits of mind are revealed. Herein is the chief use of history--above that of gratifying natural curiosity--the ascertaining how human nature will comport itself under varying conditions. The author hopes that the following pages, wherein the Roman woman is taken as an illustration, will be found of use to the student of the science of humanity, and not uninteresting to the reader inquisitive as to the manner of the ancient civilization.


Women in the Roman Empire 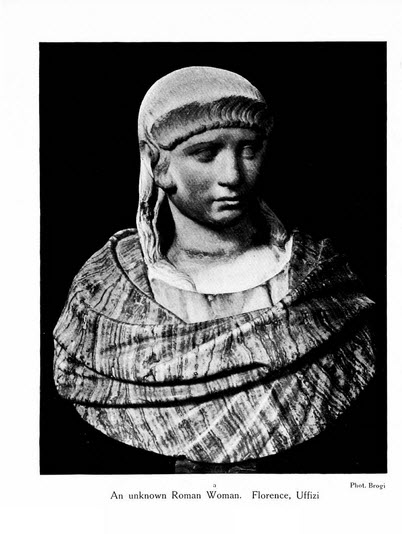