Theodoric the Ostrogoth is one of those men who did great deeds and filled a large space in the eyes of their contemporaries, but who, not through their own fault, but from the fact that the stage of the world was not yet ready for their appearance, have failed to occupy the very first rank among the founders of empires and the moulders of the fortunes of the human race.

He was born into the world at the time when the Roman Empire in the West was staggering blindly to ruin, under the crushing blows inflicted upon it by two generations of barbarian conquerors. That Empire had been for more than six centuries indisputably the strongest power in Europe, and had gathered into its bosom all that was best in the civilisation of the nations that were settled round the Mediterranean Sea. Rome had given her laws to all these peoples, had, at any rate in the West, made their roads, fostered the growth of their cities, taught them her language, administered justice, kept back the barbarians of the frontier, and for great spaces of time preserved "the Roman peace" throughout their habitations. Doubtless there was another side to this picture: heavy taxation, corrupt judges, national aspirations repressed, free peasants sinking down into hopeless bondage. Still it cannot be denied that during a considerable part of its existence the Roman Empire brought, at least to the western half of Europe, material prosperity and enjoyment of life which it had not known before, and which it often looked back to with vain regrets when the great Empire had fallen into ruins. But now, in the middle of the fifth century, when Theodoric was born amid the rude splendour of an Ostrogothic palace, the unquestioned ascendancy of Rome over the nations of Europe was a thing of the past. There were still two men, one at the Old Rome by the Tiber, and the other at the New Rome by the Bosphorus, who called themselves August, Pious, and Happy, who wore the diadem and the purple shoes of Diocletian, and professed to be joint lords of the universe. Before the Eastern Augustus and his successors there did in truth lie a long future of dominion, and once or twice they were to recover no inconsiderable portion of the broad lands which had formerly been the heritage of the Roman people. But the Roman Empire at Rome was stricken with an incurable malady. The three sieges and the final sack of Rome by Alaric (410) revealed to the world that she was no longer "Roma Invicta", and from that time forward every chief of Teutonic or Sclavonic barbarians who wandered with his tribe over the wasted plains between the Danube and the Adriatic, might cherish the secret hope that he, too, would one day be drawn in triumph up the Capitolian Hill, through the cowed ranks of the slavish citizens of Rome, and that he might be lodged on the Palatine in one of the sumptuous palaces which had been built long ago for "the lords of the world".

Thus there was everywhere unrest and, as it were, a prolonged moral earthquake. The old order of things was destroyed, and none could forecast the shape of the new order of things that would succeed to it. Something similar has been the state of Europe ever since the great French Revolution; only that her barbarians threaten her now from within, not from without. The social state which had been in existence for centuries, and which had come to be accepted as if it were one of the great ordinances of nature, is either menaced or is actually broken up, and how the new democracy will rearrange itself in the seats of the old civilisation the wisest statesman cannot foretell.

But to any "shepherd of his people", barbarian or Roman, who looked with foreseeing eye and understanding heart over the Europe of the fifth century, the duty of the hour was manifest. The great fabric of the Roman Empire must not be allowed to go to pieces in hopeless ruin. If not under Roman Augusti, under barbarian kings bearing one title or another, the organisation of the Empire must be preserved. The barbarians who had entered it, often it must be confessed merely for plunder, were remaining in it to rule, and they could not rule by their own unguided instincts. Their institutions, which had answered well enough for a half-civilised people, leading their simple, primitive life in the clearings of the forest of Germany, were quite unfitted for the complicated relations of the urban and social life of the Mediterranean lands. There is one passage[4] which has been quoted almost to weariness, but which it seems necessary to quote again, in order to show how an enlightened barbarian chief looked upon the problem with which he found himself confronted, as an invader of the Empire. Ataulfus, brother-in-law and successor of Alaric, the first capturer of Rome, "was intimate with a certain citizen of Narbonne, a grave, wise, and religious person who had served with distinction under Theodosius, and often remarked to him that in the first ardour of his youth he had longed to obliterate the Roman name and turn all the Roman lands into an Empire which should be, and should be called, the Empire of the Goths, so that what used to be commonly known as Romania should now be 'Gothia,' and that he, Ataulfus, should be in the world what Cæsar Augustus had been. But now that he had proved by long experience that the Goths, on account of their unbridled barbarism, could not be induced to obey the laws, and yet that, on the other hand, there must be laws, since without them the Commonwealth would cease to be a Commonwealth, he had chosen, for his part at any rate, that he would seek the glory of renewing and increasing the Roman name by the arms of his Gothic followers, and would be remembered by posterity as the restorer of Rome, since he could not be its changer".

This conversation will be found to express the thoughts of Theodoric the Ostrogoth, as well as those of Ataulfus the Visigoth, Theodoric also, in his hot youth, was the enemy of the Roman name and did his best to overturn the Roman State. But he, too, saw that a nobler career was open to him as the preserver of the priceless blessings of Roman civilisation, and he spent his life in the endeavour to induce the Goths to copy those laws, without which a Commonwealth ceases to be a Commonwealth. In this great and noble design he failed, as has been already said, because the times were not ripe for it, because a continuation of adverse events, which we should call persistent ill-luck if we did not believe in an overruling Providence, blighted and blasted his infant state before it had time to root itself firmly in the soil. None the less, however, does Theodoric deserve credit for having seen what was the need of Europe, and pre-eminently of Italy, and for having done his best to supply that need. The great work in which he failed was accomplished three centuries later by Charles the Frank, who has won for himself that place in the first rank of world-moulders which Theodoric has missed. But we may fairly say that Theodoric's designs were as noble and as statesmanlike as those of the great Emperor Charles, and that if they had been crowned with the success which they deserved, three centuries of needless barbarism and misery would have been spared to Europe.

Navigate Within This Book: 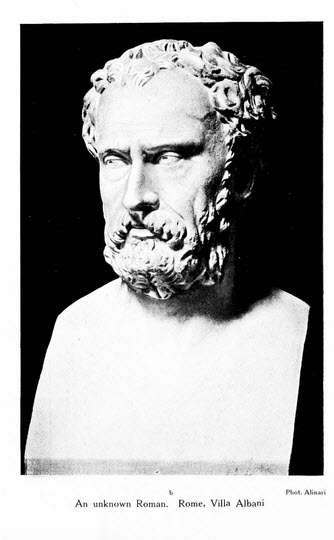